Tether is a cryptocurrency developed by Tether Limited in 2015. It is claimed that Tether is pegged to the US dollar, meaning a single token costs $1. In this article we are going to look at Tether alternatives that can be used to hold cryptocurrency during market swings.

The idea behind this concept is to create a cryptocurrency that is much more stable than others traded throughout the world. It is also much easier to trade on cryptocurrency exchange platforms, with many using Tether for fast and efficient purchases of Bitcoins and other cryptos.

This was also handy for buyers and sellers converting other cryptocurrencies. Because a single Tether token equals one USD, it is generally easier to convert other cryptos (such as Bitcoin) into Tether rather than a fiat currency (e.g. US dollar).

Tether Limited claim there is a total of 2.2 billion worth of Tether in circulation.

Tether has come under scrutiny in recent times, leading many to seek alternative forms of currency. The main issue arises from the fact tat Tether should have reserve values to back up all the Tether tokens in circulation.

So, given their claims of over 2.2 billion Tethers in circulation, Tether must have US dollar reserves of the same value. However, it’s widely believed that Tether Limited doesn’t have the necessary reserves.

Other concerns arise from the fact that the owners of Bitfinex, a popular exchange platform, are involved with Tether. It’s thought that such a relationship shouldn’t exist, as there would be clear conflicts of interests.

Because of the recent controversies surrounding Tether, many are seeking the best alternatives to Tether, and there are a few options available.

NuBits claims to be the world’s best stable digital currency. Current exchange rates for a single Nubit token is $.50 US, although it maintains price of $1.00 for the most part, it has remained very stable. It does tends to move in the opposite direction of bitcoin however.

A relatively new stable cryptocurrency, TrueUSD claims to have 100% collateralized USD in a legally protected escrow account. They also claim to have multiple bank partners for easier transactions. Prices remain stable at the moment, but it’s worth being cautious with a new crypto such as this.

BitCny is a cryptocurrency pegged to the Yen (chinese dollar) and stays stable around $0.15 for the most part. 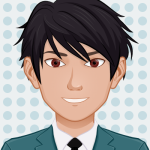